The riders body was badly damaged in the accident

A 48 year old motorcyclist was killed last night after crashing into a crash barrier on the Avenida de Velázquez before been ran over by several vehicles.
The accident occured at 23.00 last night. It appears the rider lost contol as he went around a bend, hit the barier and ended up in the left lane where he was hit by several vehicles
Emergency services tried in vain to save his life

Fatal Accident On A-7 Motorway 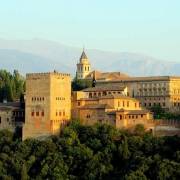 Youth Injured After Been Hit By Truck In Malaga

A Dozen Police Bikes In Malaga Damaged By Vandals