Passengers should check with their airline before traveling to the airport

A strike by staff of the Iberia group started today across Spain affecting flights from the airlines in the Iberia Group. The Unions have called the Airline’s 20,000 workers to strike in response to various money saving measures including 3807 layoffs announced by the company The strike will not only affect the Iberia Group but also some of the 120 companies that Iberia ground handling staff provide service for The most affected companies include Iberia, Iberia Express, Vueling and Air Nostrum., all part of the Iberia Group During the five days more than 1,220 flights, of which 415 correspond to Iberia (39% of the scheduled 1062); 354 to Vueling (29% of total); 357 to Air Nostrum, Iberia Express and 96 (30%). Today 236 flights, of which 81 are for Iberia, Iberia Express 20, 78 to Vueling and Air Nostrum 57.have been cancelled Other Airlines such as Lufthansa have informed customers that services may be affected duing the strike Another two five day strikes have been called for March Passengers are advised to check with their airlines prior to traveling to the airport 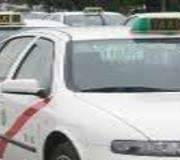 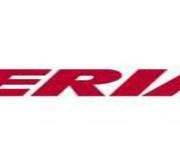 An ordinary day at IKEA in Madrid