According to reports the British expat community has lost one of its popular personalities
It is reported that Frank Bowles lost his battle with cancer and was laid to rest in Fuengirola Crematorium yesterday.
The 80 year who was originally from London before moving to the Coast Del Sol more than 20 years ago  was well known along the Costa Del Sol for his charity work  at La Cala de Mijas Lions Club.
He was also well known for his distinctive voice , his work as a helper at the Diabetic Support Group and as editor of the Costa Del Sol Golf News , a post he held for 12 years
It is reported that he died at home along with his wife Anne who is reported to have thanked Cudeca and Carelink who helped him during his illness
His Daughter, Grand Daughter and Son in Law flew  from Australia for the funeral,

En död i lägenhetsbrand i Fuengirola 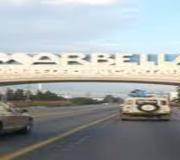 Row Over Work To Fuengirola Promenade
Scroll to top