It is the maximum sentence for a minor

According to reports in the press 17 year old Rubén V the boy found guilty of killing the 13 year old girl María Esther Jiménez  in Arriate earlier this year has been sentenced to 8 years which is the maximum sentence for a minor in a case like this.
It is understood that his defence team has announced an appeal after the ruling last week.
It is reported in the press he was also sentenced to another five years on supervised release, plus an order for 220,000 € compensation to the young girl’s family and he has been ordered to attened  employment training courses as well as  programmes to work on his self-esteem, self-control and how to resolve conflicts with others. 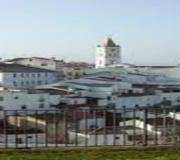