Schools are been closed in some areas

Heavy rains on Friday in the province of Malaga have caused the evacuation of some 8,000 people from various municipalities in the province including  Sierra de Yeguas, Álora, Cártama Mollina, Humilladero, Sierra de Yeguas, Bobadilla station (Antequera), Villanueva del Rosario and Villanueva del Trabuco.
Rescues of people trapped by flooding are underway and the  The Andalusian government, meanwhile, has enabled the Provincial Emergency Plan
There is possibility of accumulated rainfall of 120 liters per square meter in 12 hours
In the town of Alhaurin El Grande some schools have been closed due to flooding

Cold Spell To Last Until Wednesday Across The Province

Hotel Occupancy In Malaga Expected To Fall In August

Another Weather Warning For Malaga Province 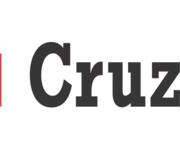