According to reports in the press the former Mayor of Marbella, Julián Muñoz, along with , the singer Isabel Pantoja and his ex wife, Maite Zaldívar are to stand trial for money laundering next year.
It is understood June 28th is the date that has been set by the  provincial court in Málaga for the start of the trial
It is reported that Muñoz faces seven and a half years in prison and fines of has set almost 7.5 million € while the two women each face a possible three and a half years in prison and Maite Zaldívar also faces a fine of 2.6 million €
In the case there are another  seven suspects are the businessman José Miguel Villaroya,, the businessman’s two children plus another member of the Villaroya family, Zaldívar’s brother Jesús, a former manager of a branch of Cajamar in Marbella and an ex stock broker.

Nya beslag i korruptionshärvan i Marbella

Take a Break Rentals - nor 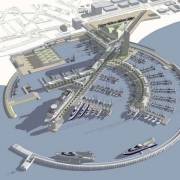