Spain dominated from the start of the match

Spain made history tonight in Kiev as they outclassed Italy in the Euro 2012 final
The current World  and European champions claimed a successive European crown to add to their 2010 World Cup triumph
It took Spain just 14 minutes to take the lead from a header from David Silva and then just before half time a wonderful goal  from Jordi Alba .
The second half saw Italy reduced to 10 men as their third substitute Thiago Motta had to leave the field after just 4 minutes
Spain dominated the entire game and two more goals followed from subs Fernando Torres and Juan Mata.
They broke more than one recored tonight , the four – nill scoreline is the greatest margin of all time in a Euro final
The whole of Spain is in Party mode tonight with fireworks going off in the sky all accross the country.There is dancing in the streets and in the bars
All The Staff From Cosatdelsol.st say Well Done Spain 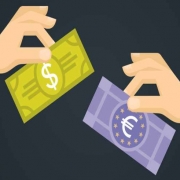 Embassy of Spain in Stockholm, Sweden