Prices in Marbella fell by just over 6%

A report published by the Sociedad de Tasación (ST) on the average price of new homes last year in Spain has shown that property in Estepona has fallen by 15.5% with the cost of a square meter in the area at the end of 2012 stood at EUR 1390.
123 cities with were populations between 100,000 and 25,000 were surveyed in the report which showed that Estepona recorded the sharpest fall in Andalusia followed by Puerto Real (-12.6 percent), Lucena (-11, 8 percent) and Utrera (-10.4 percent).
The largest fall in Spain was recorded in Tomelloso (Castilla-La Mancha), where the average price of a brand new housing fell by 15.9 percent with prices set at 860 euros per square meter.
In the report that also included 21 cities that have a population of over 100,000 prices in Marbella fell by 6.1% with the price per square meter standing at 1915 Euros for properties over 90sqm 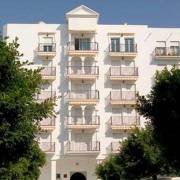 Estepona Gets Ready For Carnival