Christmas is a magical time of year around the world and here in Spain the Spanish really know how to have a good time. Celebrations in Spain are a fantastic mix of traditional and modern .
The 24th of December sees the start of the celebrations . Christmas Eve or “Nochebuena” is the time when families gather to eat an huge meal with such traditional foods such as Roast Lamb, Turkey or Duck (The traditional meal here in Andalucia), Seafood is also a popular dish at this time of year. The main meal is followed by desert which is normally Turron and Marzapan and the traditional Polvorones (a sweet bread) Many Spanish families head to Church to take part in Midnight Mass or “La Misa Del Gallo) after the family meal . This is still a very important part of the Christmas traditions and all the family take part.
On Christmas Day {25th Dec} the families spend time together with the adults catching up on the previous years news while the children enjoy the gifts that have been left by “Papa Noel” which is the Spanish equivalent of Father Christmas. On this day the giving of gifts is not regarded as important, the Spaniards spend this day eating drinking and spending time with their loved ones
On the 31st December Christmas celebrations are interrupted by the equally important on “Nochevieja” or New Years Eve. Like most places in the world the villages, towns and cities of Spain people gather to celebrate the NewYear with a huge party with fireworks lighting up the sky and people eating , drinking and dancing well into the early hours. Another tradition which is still widely observed is the eating of grapes as the Church bells ring out at midnight. 12 grapes are eaten, one for each of the 12 strikes of the bell . Tradition says “Those who eat the 12 grapes will have 12 months of prosperity in the new year” Anything is worth a try so make sure you buy them in early as come the 31st, grapes are hard to find.
After the new year celebrations have drawn to a close and most people around the world are returning to normal, here in Spain we are are reaching the pinnacle of the Christmas Celebrations.
On January 5th the streets are full of children waiting for the Three Kings to arrive in their town and parade around the town so they can ask them for gifts . That night just before the children go to bed they leave their shoes so that the three kings Mechior, Gaspar and Balthasar can hopefully leave them gifts. Traditional Roscon de los Reyes Cake
On the 6th of January the long awaited Three Kings Day (Dia de Tres Reyes) finally arrives starting with a family breakfast when they enjoy a traditional desert known as The “Roscon de los Reyes, which is a large ring shaped cake with a surprise hidden inside the cake. Tradition says that the person who finds the surprise is crowned King or Queen of the house for the rest of the day. This is also the day when the Spanish traditionally give their large gifts
Poinsettia

Apart from the traditional Christmas Tree the Spanish also have their homes adorned with the stunning red plant the Poinsettia. You will see these plants on most roundabouts and flower beds across Andalucia and the rest of Spain. A large plant will set you back around 4-6 euros while a smaller plant will be around 2-4 euros. They are available from most garden centers and some shops and make a stunning accessory to your Christmas decorations 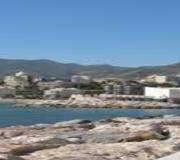 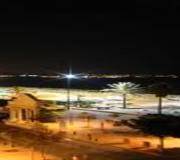 Christmas And New Year On The Costa De Sol 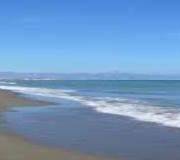 No Improvement In Hotel Occupany Over Chrsitmas Predicted Say Hoteliers