Normal service will start on Wednesday

Following a meeting today an agreement was reached between the town hall, the private partner (FCC) , EMMSA and two of the three unions UGT and CCOO to end the week long garbage strike that has affected Rincon de la Victoria.
The third union CGT, meanwhile, signed the document as non-compliant,
The agreement means that Environment councilor, today and tomorrow a minimum service will be run to mark the Christmas holidays and that the garbage collection service will return to normal from Wednesday,
Work will begin this afternoon to start the clearing of more than 250 tons of waste that has accumulated during the strike
The preliminary agreement they have reached,is that the new collective agreement will take effect the day after its signature and its economic effects will be valid until December 31, 2015. 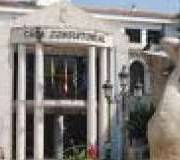 Another Meeting To Attempt To Resolve Garbage Strike In Rincon De La Victor...

More Than 3,400 Support The ‘Manifesto for Malaga’ Against UEFA...
Scroll to top