The new low cost airline began operations at the weekend

According to reports in the press the new low cost airline Iberia Express has began operations with a special offer of flights from 25 euros.
It is understood the new airline that is owned by Iberia is offering routes from Malaga  four domestic destinations, Mallorca, Alicante, Malaga and Seville,
It is reported that in May flights to Vigo, Lanzarote, Granada, Menorca and Ibiza will be added and then in June and July flights to the  European destinations Dublin, Riga, Mykonos and Naples,and the domestic destinations of Santiago, Fuerteventura and La Palma.
In September, Amsterdam will be added 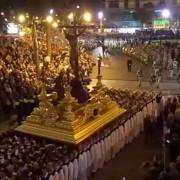 Fall In Unemployment Levels In Andallucia

Support For The 'Manifesto for Malaga' Against UEFA Action Grows