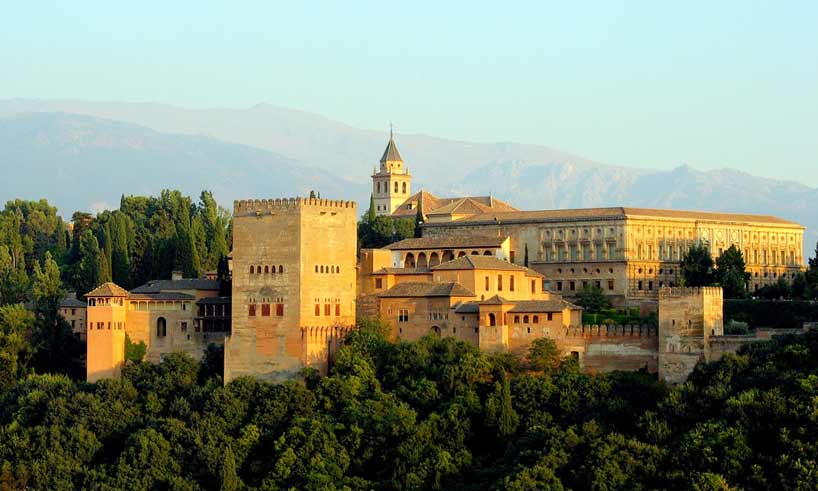 If you want to visit the popular Alhambra in Granada, you should pre-purchase tickets. The only permits a certain number of visitors per day and you will get there one day when it’s already sold out, you become disappointedly standing outside.

The Alhambra, a perfect example of Arabic architecture of which was Qalat Al-Hamra, a 13th century palace complex built on a former roman fortress located in Granada, Andalusia, Spain. Wikipedia

Travelling by train in Spain